Here’s a behind the scenes not-so-secret from the HausWitch Coven: the real MVPs of HausWitch, the Employees of The Month every month… are our USPS mail carriers.
Especially since we had to seal up the Treasure Palace a few months ago and pivot to entirely digital operations, Justin and Tom and the rest of the good people of the United States Postal Service have been our heroes.

Actually, the USPS is vital to EVERYONE living in the so-called United States. That’s literally why it exists: because correspondence is necessary to keep communities… well, united. Even in this very Aquarian technological era, at least 42 million people don’t have access to the internet, making things like banking, communicating, and collecting income only possible via mail. For incarcerated folks, mail is often their only connection to the world outside of the prison (especially as the cost of inmate phone calls continues to rise), the lack of that connection making a big difference between successful re-assimilation into community, or continued for-profit incarceration. People living in rural areas, particularly on Native reservation land, depend on the post for essential medications and supplies that aren’t accessible otherwise. The VA sends 100% of veteran prescriptions through the USPS. And then there’s the issue of voting: we’re staring at a monumental election that will rely on the availability of mail-in voting.

Mail is deeply essential. And because it’s so essential, so ingrained into our collective vision of a community, it’s pretty easy to overlook the possibility of its absence. It seems so permanent.

But the USPS has been losing big money for years. And the new Postmaster General, Trump crony Louis DeJoy, has been making gigantic cuts to its budget since June, including cutting overtime for the millions of employees who sort and carry the mail. But the consequences far outweigh the money-saving benefits: no overtime means more packages getting left behind at the end of the day. And with the increase in online shopping that folks are doing during their quarantines (we can definitely confirm that!), more packages will get backed up and drive customers to their private competitors. And Trump has flat-out refused to give the USPS federal assistance.

To be clear: The United States Post Office was never intended to be profitable; it was intended to ensure that every American has access to communication no matter where they live. But by treating the USPS like a business instead of the essential service it is, the looming consequence is “businesses that don’t profit get canned”. And then, in the spirit of good ol’ American capitalism, a private shipping company (which Trump, DeJoy, and their cronies all have millions of dollars invested in, ahem) swoops in to fill the gap (and maybe will, but probably will not, employ the millions of now unemployed postal workers).

We privatize a lot here: healthcare, education, incarceration, and now the mail? Completely privatized mail delivery means higher costs, fewer union-represented workers, and possible exclusion for rural communities who already rely on the USPS to deliver “last mile” packages from private shipping companies. And when those private shipping companies are all cozy with Trump and his money right before a primarily mail-in election… uh oh!

So yeah. We need to do our part to keep the USPS alive and well. The best way to do that is to contact your senators, sign petitions, and purchase their services (psst, you do that every time you make a purchase on our website!) but as always, you can spice up your usual activism with a little magic.

Empower Your Envelope
There is so much magick in making things! You can add a little extra oomph to your mail by making your own envelope and drawing magical symbols on the inside (like the security patterns printed on the inside of mass-produced envelopes, except cute and magic).
-First, write a letter to your representative voicing your support for the USPS and an investigation into DeJoy’s finances and qualifications. Physical mail is a LOT harder to ignore than emails, especially since so many of the “contact your reps” email templates are being overlooked or filtered out as spam.
-Then grab a square piece of paper and start drawing repeating symbols or patterns all over it, in any color you want (if you want your magick to be super-secret, use a white colored pencil). Meditate on the result you are trying to manifest as you draw. You can make up your own pattern or draw a simple grid; one of our favorite art witches Nicole Pivirotto (@aestheticmagic.studio on instagram) uses a simple grid as an energy screen. No need for a ruler, you can just freehand it! All of the variations in your lines are part of your spell. The most important part is that it is repeating and requires some focus from you to complete.
-When you’re done with your pattern you can also anoint the paper with any essences or oils to enhance the conjuring power, like Magnetism or Rising
-Now, fold your envelope. It’s easier than you think! Just fold the corners of your paper inward towards the center starting with the sides, (leave about an inch of space between their corners), then fold the bottom and top so that they overlap a bit. You can also fold the bottom corner of your envelope down, to make it a bit more aesthetically pleasing. Then glue the overlapping edges to seal. 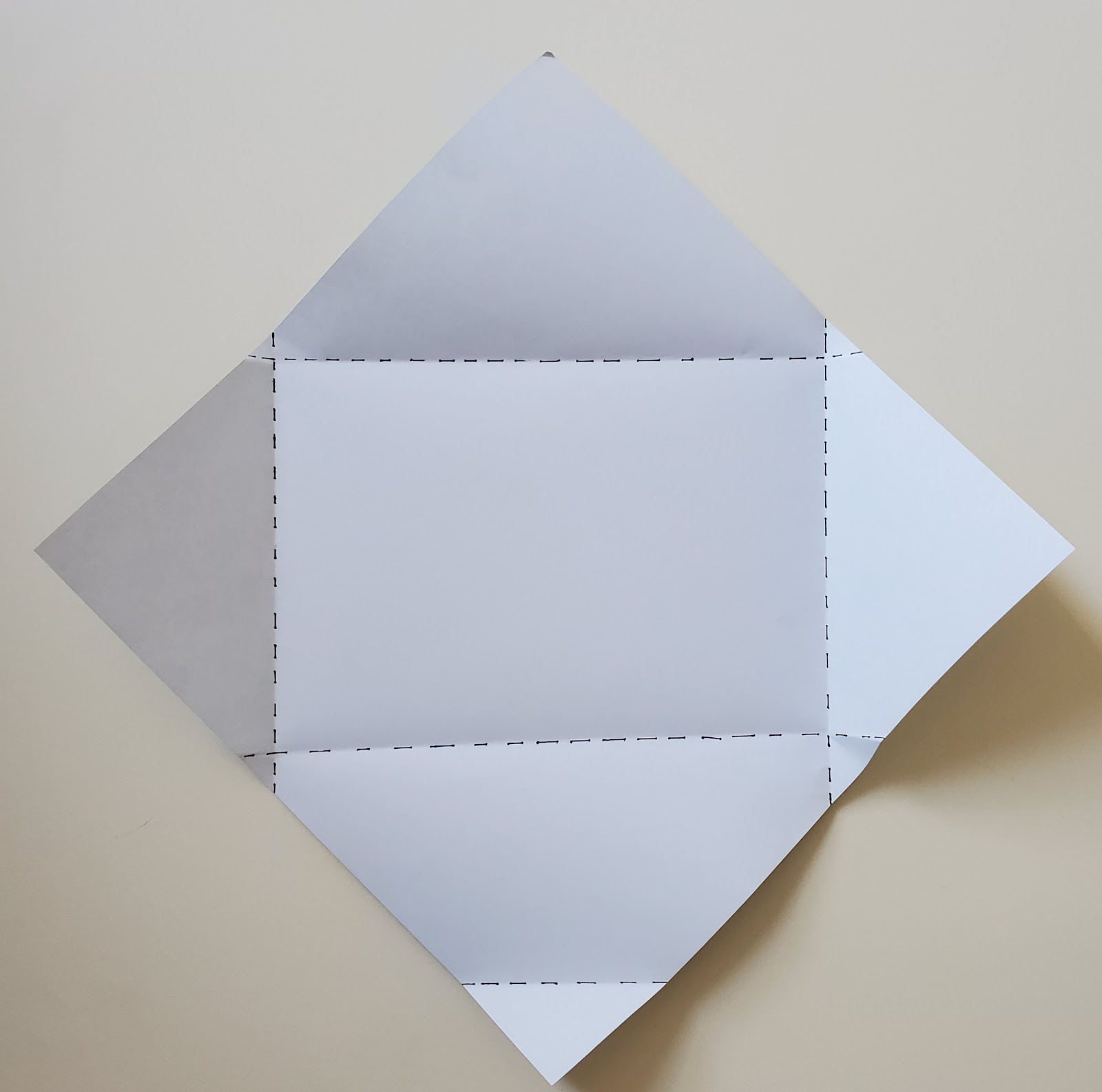 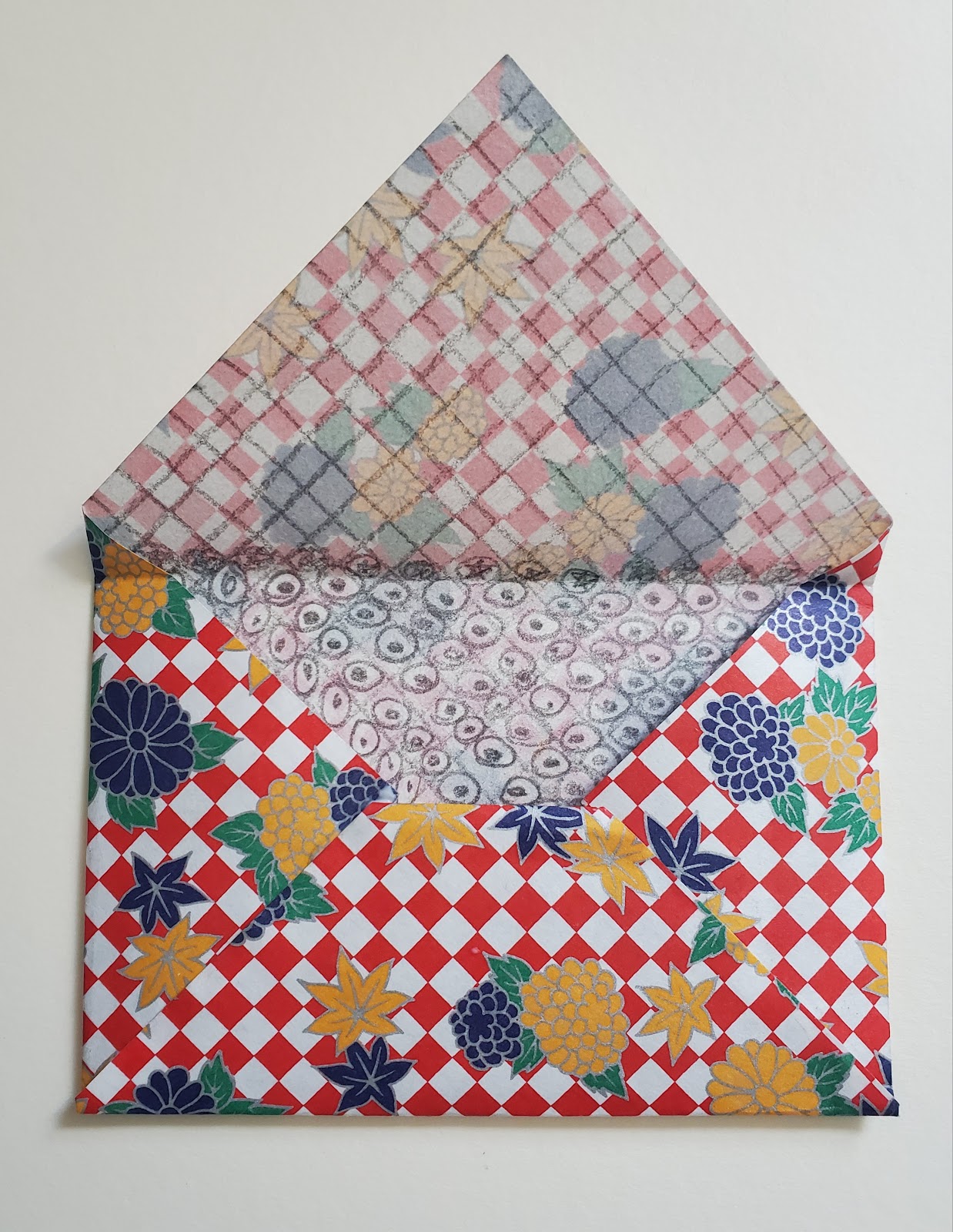 -Before you mail your letter, hold it and repeat the unofficial motto of the USPS: “Neither snow nor rain nor heat nor gloom of night stays these couriers from the swift completion of their appointed rounds”

By Brenda Roswess and Paige Curtin